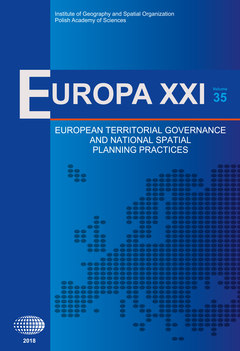 Depopulation as an opportunity, not a threat to cities and regions: a paradigm change

Abstract: The process of population decline in highly developed countries is commonly perceived as a problem, particularly in some regions of these countries. Population growth is likewise seen as a daunting challenge. This indirectly leads to the conceptually faulty conclusion that the one and only balanced and safe population size is the current one. In reality, negative population growth on both national and regional levels also has its advantages – which do not typically garner much interest or consideration, obscured by the unsubstantiated argument that depopulation is mostly damaging to the well-being of the nation. Regardless of the pros and cons of depopulation, the fact that the process is underway is undisputable. Depopulation is generally accompanied by accelerated rates of aging in a given population. Given the dearth of effective tools to reverse these trends, it is wiser to cease all attempts to reverse the irreversible and instead focus on preparing the organizational structures of states and regions for the economic and social ramifications of depopulation.